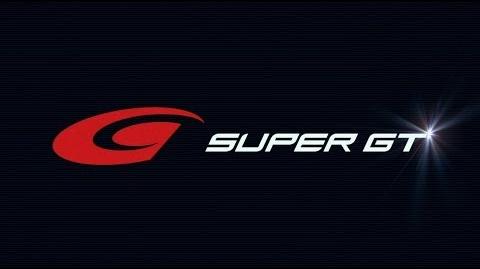 Super GT (スーパーGT Su-pa- GT) is a grand touring car race event that began in 1993. The series was originally titled as All-Japan GT Championship (全日本GT選手権 Zen-Nihon GT Senshuken) that was used from 1993 until 2004.

The event is sponsored by the GT-Association, and the series is authoried directly by French association FIA.

The series started in 1993, with the first race being held at Fuji International Speedway. Japanese driver Masahiko Kageyama won 3 out of 4 races, making the Japanese drivers Takao Wada and Toshio Suzuki win the third round held at Suzuka.

The 2000 season was the season where Ryo Michigami took his title without his teammates when Osamu Nakako was dropped and replaced by Hidetoshi Mitsusada during the season.

The last season under the name JGTC was in 2004, where Satoshi Motoyama took the title along with Richard Lyons. Without a single win in 2003, they took the title with only wins in the season.

At the end of the 2004 season, the series was renamed to Super GT. The first race of the Super GT-era was in the Okayama Internatinal Circuit, with Japanese driver Manabu Orido and German driver Dominik Schwager winning the race.

The 2013 season was the last season of Super GT to feature JAF-GT cars in GT500, being replaced by the DTM-styled cars for the new regulations.

The 2014 season will be the first season to feature the DTM-styled cars in GT500. Before the 42nd International Pokka Sapporo 1000 km, Japan Automobile Federation unveiled the new cars with a DTM-styled bodykit for 2014: the Honda NSX Concept-GT, Lexus RC-F GT and the Nissan GT-R R35 with a DTM-style bodykit.

There cars was tested in some several circuits; Suzuka Circuit, Fuji, SUGO, Motegi, Okayama and in Sepang. These cars have not been tested in Autopolis yet.

They used a wider wing at some Fuji tests before the season started.

Community content is available under CC-BY-SA unless otherwise noted.
Advertisement